Become a Meal Planning Pro
Get weekly tips and recipes plus a free copy of my ebook and meal plan!
Print Recipe
16shares

Jump to Recipe | Pin this Recipe

A family favorite, classic chicken soup is soothing and delicious. Perfect to start any Jewish holiday meal or to cure a cold. 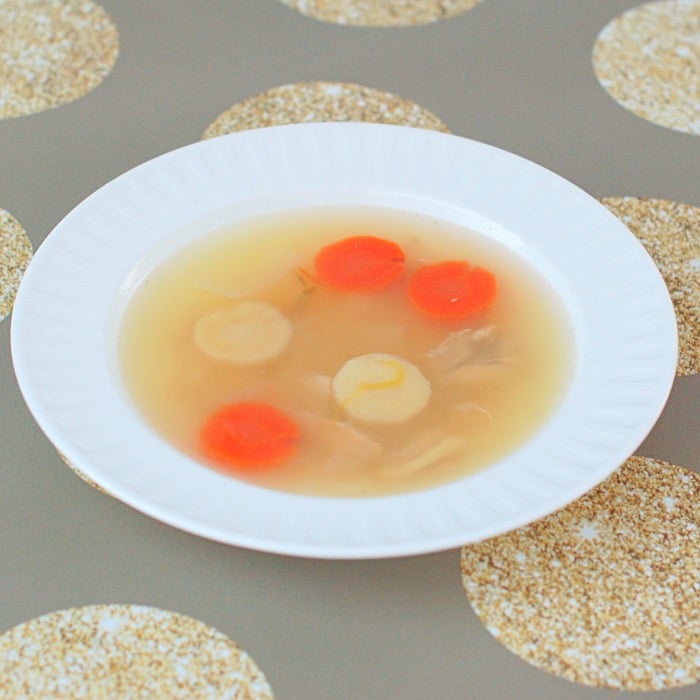 With the start of fall comes the Jewish holidays Rosh Hashana (the Jewish New Year), Yom Kippur (the Day of Atonement), and Sukkot (one of the three pilgrimage festivals). In my family, as in many Jewish families I know, it is tradition to serve chicken soup at the start of all of these holiday meals.

Luckily, chicken soup is one of those recipes that keeps getting better every time it’s reheated. So instead of making pot after pot of soup, I make one huge pot and divide it into containers, some for the fridge and the rest for the freezer.

Share your tips and tricks for making one – or more freezer meals. It’s the end of the gardening season for some of us; let’s store away that produce in heat-and-eat-from-the-freezer-meals. Show how convenient healthy freezer breakfast, lunches or dinners can be!

Until I had my own kids, my mother would give me containers of her classic chicken soup, saving me the trouble of cooking my own. But those days are gone – especially since one of my daughters loves soup and I don’t think my mother’s supply would be able to keep up with the demand! So now I make the traditional Jewish chicken soup on my own. It’s an easy recipe, but definitely requires some time and patience to make sure your resulting soup is as clear as possible and free of any bones.

Unfortunately my photos don’t really do the soup justice – it tastes so much better than it looks. Side note: It’s always interesting to learn what foods are difficult to photograph and chicken soup is definitely one of them. If anyone has tips, I’m all ears!

In the meantime, I hope you find the time to make a batch of my classic chicken soup, aka Jewish Penicillin. It’s perfect for any day, but especially when cold season hits! 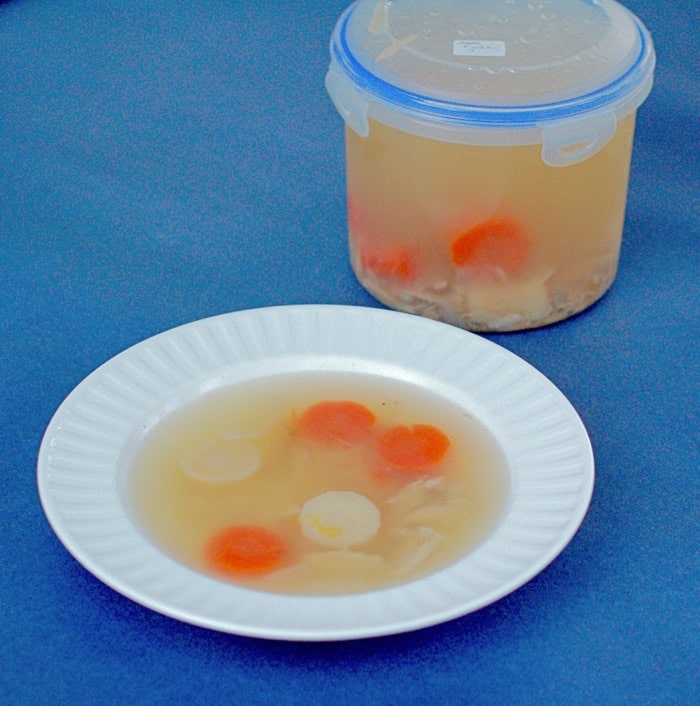 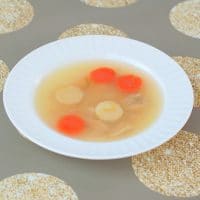 I usually make the soup at least one day in advance. After soup has cooled down, refrigerate and/or freeze. When ready to eat (or upon defrosting), skim solid fat from soup and discard.

Chicken soup can be made in the Instant Pot (IP) as well. Use soup setting for step 1, allow to naturally release for 10-15 minutes before doing quick release. For step 3, set IP to manual for 30 minutes. 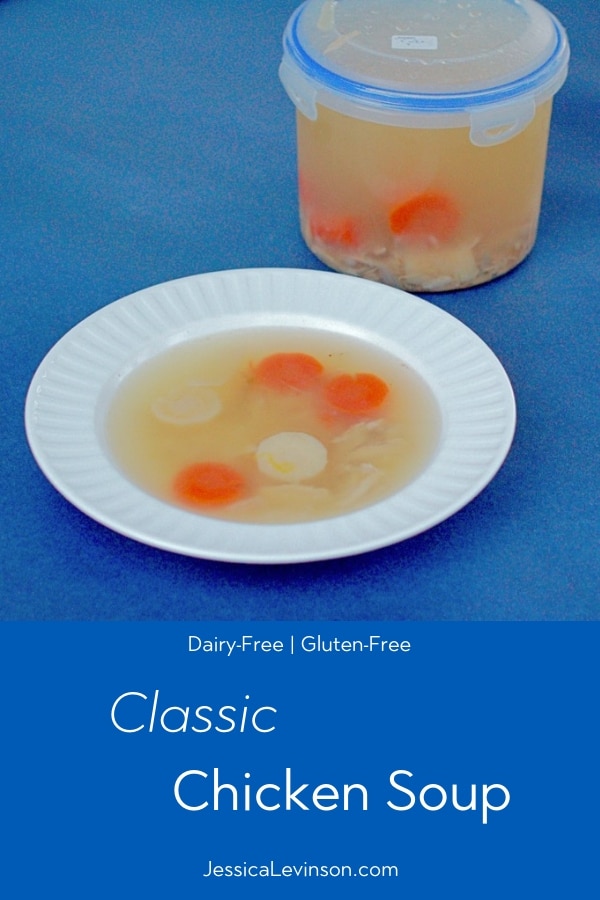